"There are so many stories to be told..." 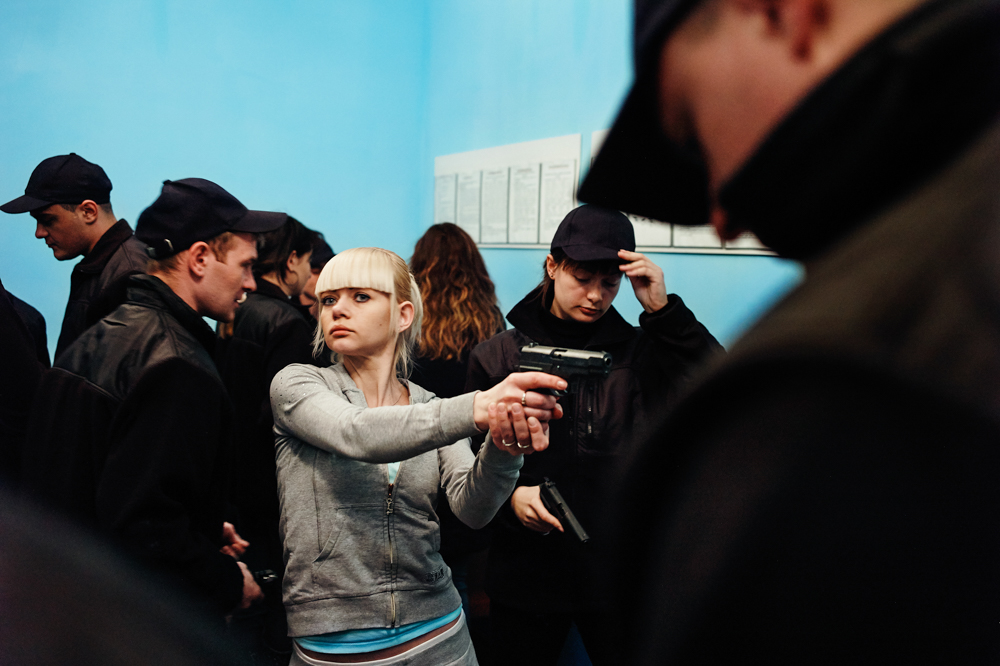 People getting by. That’s what photographer Misha Friedman wanted to chronicle in the decade between 2010 and 2020. Born in Moldova, he studied Russian politics and economics at the London School of Economics before becoming a photographer. His work with the humanitarian organization had taken him to Ukraine; his work as a photographer demanded he return. “I don’t want to sound contrived,” Friedman said. “I’m not a fan of statements like, ‘Oh, these photographs show a whole country in limbo.’ My images show people trying to get by.”

One striking photograph is of a coal miner, grinning at Friedman’s camera. Friedman took the photo in the Donbas region. The miners invited him to drink with them; help toast their friend’s birthday with $1-a-bottle spirits. “There’s this stereotype that if you work in the coal mine, everything is bad in your life; that you’re suffering,” Friedman said. “But they were laughing and in good spirits. To me, it was very sweet.”

Another photograph of a woman holding a gun was taken at the police academy in 2015. This was post-Maidan, and Ukraine’s new female police chief Khatia Dekanoidze was leading reform of the country’s police service, so long criticized as one of its most oppressive institutions. Friedman said that in the past, women officers weren’t allowed to patrol the streets. Now they were, and what’s more, they made up a quarter of all new recruits.

Another image shows a glowing orb hovering above an industrial landscape at night. Friedman said a Ukrainian oligarch had become mesmerized by an installation he’d seen by Icelandic-Danish artist Olafur Eliasson in which a similar orb had illuminated a darkened gallery space. “One of Ukraine’s richest men wanted that rising sun for himself so he commissioned Olafur to construct something similar outside his pipe factory in Dnipro.”

“There’s a reason journalists are attracted to Ukraine,” Friedman said. “I was last there in 2021. I want to go back. There are so many stories to be told.” Misha Friedman is a photographer living in New York. His work has appeared in the New York Times and the New Yorker. His books include Never Remember: Searching for Stalin’s Gulags in Putin’s Russia with Masha Gessen.